Thames Valley Harriers cross country teams have formed the foundations of the club. The cross country season traditionally runs from October until mid-March. TVH provides cross country training and competition for athletes of all abilities and ages. Cross country is used by many coaches to improve their athletes’ strength and endurance prior to the summer track season. However many athletes specialise in cross country running and there are lots of opportunities during the season to take part in this traditional winter past time at all levels.

John Husbands runs the main training group for seniors. The team meets on Tuesdays and Thursdays, starting on the track about 7:15 pm. Athletes of all abilities and ages are welcome. For further details on the team’s training sessions, please email jhusbands@sky.com 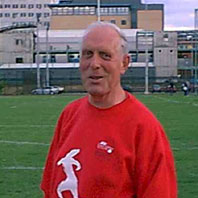 Roy Clarridge‘s training group is aimed at the younger members of the club, ages range from 10-17. Beginners are welcome. Contact Roy by email on royclarridge@hotmail.com or telephone 01895 349 005.

TVH compete in local leagues and all the major County, Regional and National championships. The club also provides entry to a number of inter-club cross country races held that are mostly in Perivale and Ruislip.

The men, women and young athlete’s teams compete in the Metropolitan League.

There is no need to enter for individuals to enter in advance as the club is affiliated to the leagues. Simply come along with a TVH vest, meet up with the Valley team and enjoy running.

This league is for U11, U13, U15 and U17 athletes. The league consists of five races from October to February, usually one each month. At the end of the season teams and individuals are crowned champions in their various age groups categories. TVH is the most successful club in the history of the league.

The metropolitan league is one of the best leagues in the country, currently the league is made up of 22 clubs from Essex, Hertfordshire and Middlesex. This league is suitable for all athletes from the youngest age group (U11s) to veterans. The league consists of five races from October to February, usually one each month, on a Saturday afternoon. Everyone that completes their respective race, no matter what position they finish, scores for their club. These points are calculated after each fixture. After the final fixture the league results are totaled up and the winners are crowned.

Championship events require advance entry, which is organised by the club. Entries have to be submitted about eight weeks before the races. TVH pays the race entry fees on its athlete’s behalf as part of their TVH membership and also help provide transport. Athletes are advised to tell their team managers that they would like to be entered for any of the events.

These are held annually in early January and are a major event in the club’s calendar, all athletes from all age groups are encouraged to run. The race is used as a selection race for the Inter Counties Cross Country Championships where athletes will represent Middlesex.

The ‘Southerns’ are held annually in January and are usually held at the home of cross country running Parliament Hill Fields, Hampstead Heath (these championships are held elsewhere if Parliament Hill is chosen for the National). At Parliament Hill the course is 15,000 meters (9 miles) for men and is very demanding. Ladies run a shorter distance and the same goes for all the age groups. Teams will be entered by team managers but all are welcome to run.

TVH senior men’s team have won this event on three occasions: 1960, 1974 and 1978. TVH ladies best performance was 3rd in 2014 and 2015. The younger age group teams have been equally as successful throughout the years. TVH have had multiple individual champions in the various age groups.

Usually held in February the venue rotates between North, Midlands and South of England. The ‘Nationals’ are often held at Parliament Hill Fields when it’s the South’s turn to host. This is a major event which all TVH athletes should aim to enter.

TVH senior men won the inaugural SEAA Cross Country Relays in 2011 and retained their title in 2012. TVH senior women followed the men’s success by winning in 2013 and regaining their crown in 2014. TVH’s best young athlete result came in 2014 when they won the bronze medal in the U15 girls category, a performance that was matched in 2016 when Charlotte Buckley and Ava White set the two fastest laps of the day.

The National Cross Country Relays usually take place two weeks after the regional championships and have been held in Mansfield since 1989 for age groups: U13, U15, U17, U20, senior men and women.

TVH also enter teams and have a long history of success in the North of Thames, Liddiard and London cross country championships. TVH’s top athletes are also encouraged to take part in various other championships representing their schools, county or country at regional, national or international level.