Congratulations from all at TVH to Zoey Clark for winning a bronze medal at the IAAF World Indoor Championships in Birmingham.

Zoey Clark was put through an emotional rollercoaster as she competed against the best 400m runners in the world. Coach Eddie McKenna did a wonderful job in getting Zoey safely to Birmingham on Thursday evening. After an epic 33 hour journey due to the Beast from the East causing two cancelled flights, a very long drive in heavy snow and a train journey, Zoey finally arrived just in time to see Laura Muir get Great Britain’s first medal of the championships. 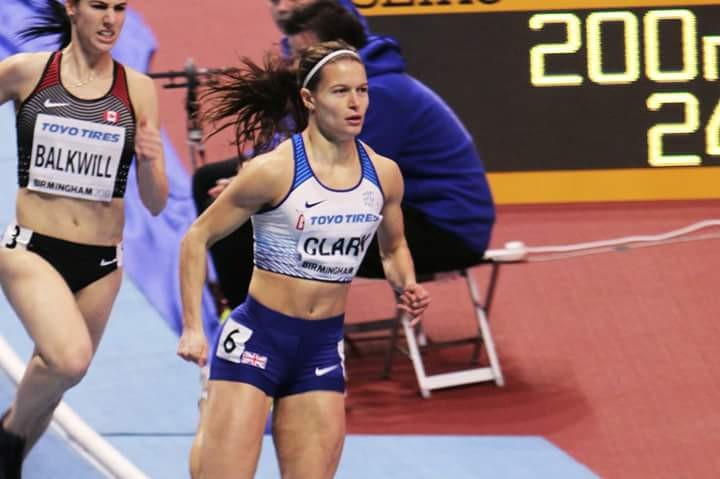 Despite the long journey from the previous days, Zoey looked a class act as she comfortably negotiated her Friday morning heat of the 400m by winning in 52.75.

After a few hours rest, Zoey was back on the track on Friday afternoon for a dramatic semi-final. With only the top two qualifying for the final, Zoey was well placed to qualify in second place behind an Olympic 4x400m champion Shelley Ann McPherson from Jamaica. Justnya Swiety-Ersetic from Poland had other ideas as she came from nowhere in the last 50m to beat Zoey by 0.003s. With the very high standards Zoey sets herself she would have been a little disappointed not to progress. However, to the delight of the home crowd, Zoey was advanced to the final with her time of 52.63 as Shelley Ann McPherson was disqualified for a lane infringement.

It was a fantastic achievement to make a first individual global final. From the tight 3rd lane, Zoey controlled her speed well by running her second fastest 400m indoor time ever with 52.16. Although she finished in sixth place, the experience of reaching the final will make her even stronger for the Commonwealth Games. Well done also to Zoey’s fellow London 2017 4x400m silver medalist, Eilidh Doyle, who ran a great race to beat Zoey and win an individual bronze for Britain.

The roller-coaster continued on Sunday, in the final of the 4x400m, Zoey’s fourth race in three days. With Eilidh Doyle picking up a slight calf strain, it was a new look British quartet of Meghan Beesley, Hannah Williams, Amy Allcock and Zoey Clark. They all ran excellent legs setting Great Britain’s quickest time since 2014 as Zoey crossed the line in 4th with 3:29.38. However, during the victory lap it was announced that the Jamaican team were correctly disqualified for breaking  the first leg baton exchange order.  The British team was subsequently boosted to the podium. British celebrations only lasted a few minutes as it emerged that they also had been disqualified for obstruction / pushing. There was no evidence for the allegation so British Athletics appealed the disqualification. After a long wait, the appeal was correctly upheld and the team were reinstated with Britain’s final medal of a very successful championship. 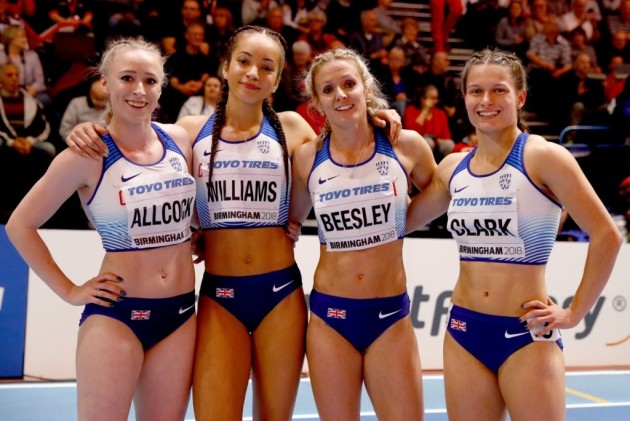