Sunday 9th June 2019 saw a rare occasion in which our UKWAL women’s team and BAL men’s team got to compete side by side in Leigh. This gave a glimpse of the future National League which will see the amalgamation of the men and women’s team in future years. For us this is an exciting time, as Leigh demonstrated that we can be stronger together!  Both teams finished the day topping the points table and their retrospective leagues! We displayed depth across the board scoring consistently high in both A and B strings. The day also saw a number of PB’s, which clearly shows there is more to come from our team.

On the women’s side, the final scores for the day were as follows:

Field athlete of the match: Pippa Rogan impressed with a new high jump club record of 1.87 getting so close to 1.89m!

Track athlete of the match: Dani Chattenton had a huge 10 second pb in the 3k running 9:25 solo!

Club athlete of the match: Charlotte Buckley did the 800/1500m double running strong performances in both and gaining valuable points for the team! 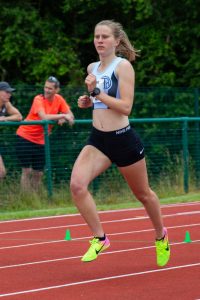 The full set of results can be found HERE 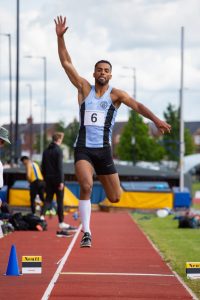 On the men’s side, it was a fantastic day and the final match scores for the day were:

This was the second match in the BAL which leaves the league standings as follow:

Field athlete of the match: Steve Whyte for winning the B string hammer

Track athlete of the match: Richard Ollington for an impressive PB of 9.13 in the 3k SC

Club Athlete of the match: Laurence Owen for stepping in for the long jump and 4x100m at short notice!

The full set of results can be found HERE 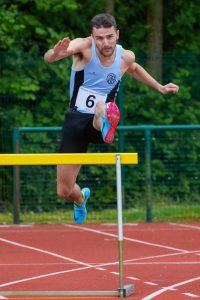 Both teams have gotten off to an incredible start. Now we look ahead to the next match in Eton, in which both teams are competing side by side again. We have so much more to come this season, lets keep the momentum going! #oneteam #upthevalley