The rapid strides made by Jude Bright-Davies over the last three years have developed him into one the UK finest young triple jumpers. He has leaped to number one UK ranking in the U20 triple jump this year, having claimed a England U20 indoor gold at Sheffield in February and set a new PB of 15.56 when coming fifth in the British Indoor Team Trials.  He pulled on an England vest at a meeting in Vienna in January.

Jude’s great start to this year comes on the back of some fine performances in 2016 which propelled him to gold in the England Athletics U20 outdoor Championships at Bedford, as well as a silver in the England indoor championships. He is also a high-quality long jumper, adding a Middlesex indoor gold this year to a growing collection since he started competing intensively in 2014 as an U17, including sprinting with the Track Academy at Willesden.

Last season was disrupted by an injury in who the European Junior Championships and Jude’s big target this year is to qualify for that event to make up for that disappointment. He has bounced back well from that injury and we wish him all the best for the outdoor season which gathers pace with the Middlesex T & F Outdoor Championships on May 13-14. 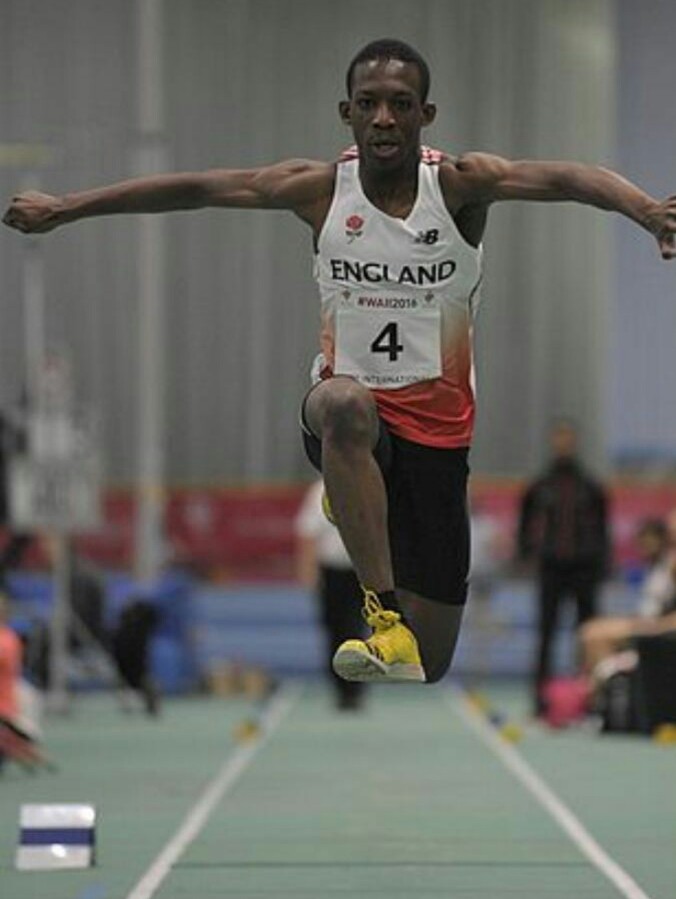 1. How did you get into athletics ?

Before secondary school I didn’t even know what athletics was! I was introduced to Triple Jump in a PE lesson and have enjoyed it ever since.

2. Which achievements in the sport are you proudest of?

My proudest achievement would probably be from the National Outdoor Champs last season as I had been troubled with injury throughout the outdoors and wasn’t expecting anything huge and managed to PB and win the competition.

3. What have been the biggest factors in your development?

My coach, David Johnson, has been key to my development. He’s coached me since I first started training for athletics and has enabled me to develop into an international athlete.

After getting injured at the European Championships in July I’ve had to rehab my ankle and catch up on lost training in order to be ready in time for the indoor season that just passed. It was definitely a tough few months!

5. Who have been your heroes/role models? And your mentors?

In current international triple jump I would say I look up to Christian Taylor as he’s a 2x World and Olympic Champion and has also had jumps close to the world record. He’s not only a great jumper but has really quick 200m and 400m times.

6. What part has TVH played in your development?

TVH has always kept me updated as to what competitions are available to compete in such as the British League so that I can plan my season around them and contribute when I can.

7. What are your top athletics goals – for the near-term and the long-term?

First and foremost I would like to qualify for the European Junior Championships this year. The standard is 15.70m so I’ve still got 14cm to go! I’d also like to break the 16m barrier this year. In future I’d want to keep competing at an international level and compete in a world championship.

8. What are your interests and aims outside athletics?

I have my A-Level exams this year so I would like to get the grades to secure my place in my desired university. I also like playing table tennis and play the piano.

Execution starts in training so take every rep, set or run seriously!

10. Describe your personality in three words!