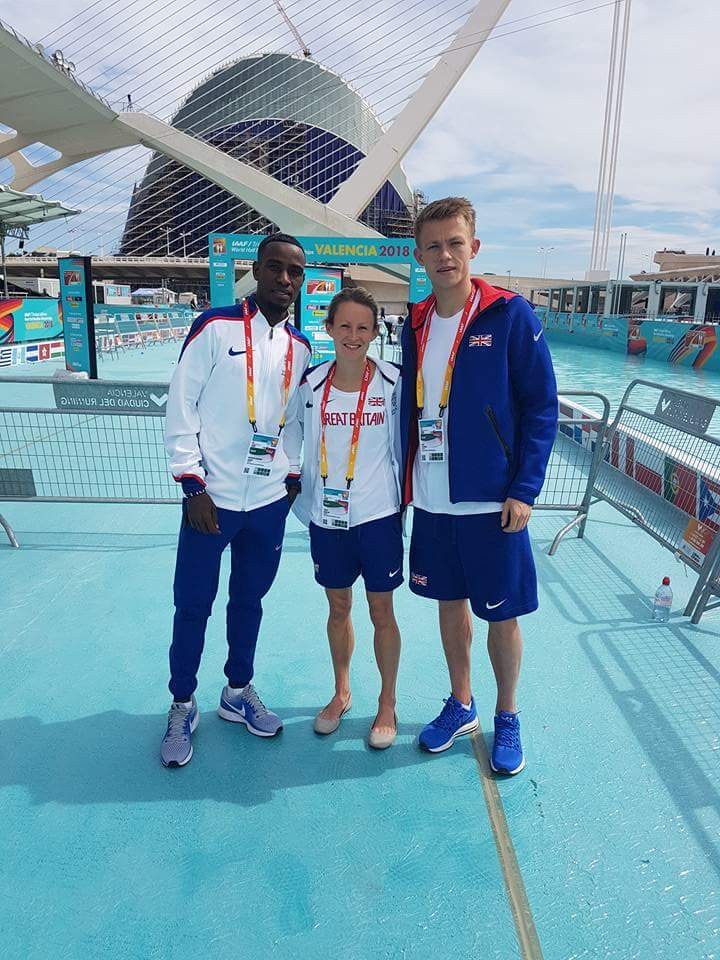 A proud day for TVH at the IAAF World Half Marathon Championships in Valencia as Mo Aadan and Tracy Barlow battled windy conditions to set new club records and score valuable points for Great Britain.

Mo, making his senior international debut, was the first British man home in 62:34, beating his old club record and personal best by 40 seconds for 36th place. The result shows how Mo has quickly become a real force in half marathons and both he and Tracy are now right in contention to make the European Championships team for Berlin in August.

“It is really wonderful,” said Mo. “The first two, three, four miles there was a lot of pushing and shoving so it was tough, especially with the wind. It started raining as well but I gradually increased my pace. It was tough and painful but well worth it. The field was very, very good but very enjoyable. I have some things to learn from in terms of pace and who you are racing with. The experience has been great and I hope to get qualification for the European Championships in the 10,000m in the summer.” Luke Traynor and Ben Connor completed the GB scorers to  place the team 11th overall.

It was Tracy’s fourth half marathon of the year and she will now target the London Marathon next month, where she has performed so well in recent years, with the aim of making the British team again for the European Champsionships.

“I am really pleased to have ran a PB there especially in the conditions the day gave us. We had strong head winds for the majority of the race with only some relief from it int he final few miles. I felt good for the first half, but then found myself on my own for a mile or two facing a strong headwind. I managed to pull it back and catch a few in the final few miles to finish strongly. Coming into the finish area was an amazing feeling. The set up of the area with crowds and stands either side of the finishing straight gave it such a buzz and really lifted you in the final part of the race.”

Charlotte Purdue finished 21st to lead the British women’s team to seventh, with Charlotte Arter the second to score.

Very many congratulations to them both, and best of luck for the season to come, including their planned assault on the European Championships.

All the details are on https://www.iaaf.org/competitions/iaaf-world-half-marathon-championships