Magnificent running by the U15 girls saw them finish in the top ten at the national cross country relays, with special congratulations to India Weir for being the fourth fastest girl overall and putting Thames Valley in the lead at the first changeover. 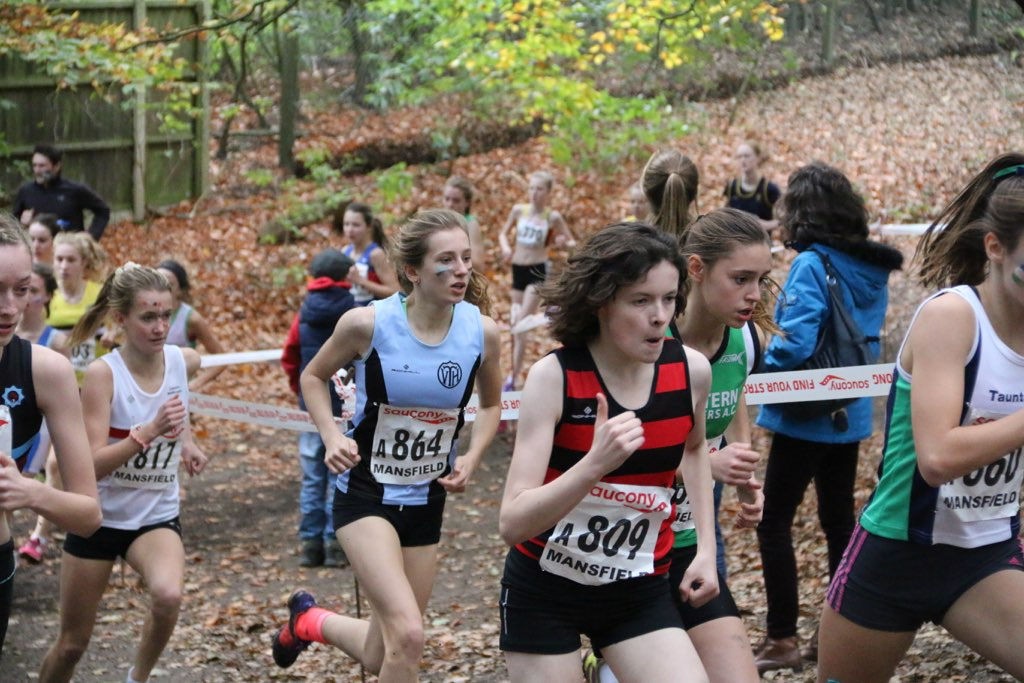 The Under 15 Girls justified their decision to compete in the national cross country relays at Mansfield. Two teams of three each running 2000m represented the club. The ‘A’ team finished eighth out of 99 complete teams and the ‘B’ team were 32nd. On lap one Thames Valley’s India Weir led 108 other runners home. This was probably the best run she has ever had! Just behind the leaders at the beginning of the race, she gradually moved from eighth to second over the twisty but dry course. With 200m to go it looked as if she would end up second to the leading Teambath runner. But she gave chase and caught and passed her to come home with a five seconds lead. Her time of 7:04 was the fourth fastest time of the day. The two fastest girls of the race were only six seconds faster than her. Iona Pernthaller was very unlucky to only just arrive in time to run the first ‘B’ lap. Her train missed the connection at Nottingham and she didn’t have time to inspect the course before her run. Her 58th place was a great effort on her part and she would surely have done better with a warm up.

Second lap runner Verity Walker led the race for the first half of her lap until she was swallowed up by the chasing group but she hung on and came home fifth. B team Rosie Vallance then had a very determined run and moved up four places to 54th. Kosana Weir was up against some of the best runners of the day on lap three for the ‘A’ and did well to bring the team home in a magnificent eighth place. The outstanding run of the lap came from Alice Harray having her best race of the season. Overtaking 22 girls she brought the TVH girls home 6th ‘B’ team.