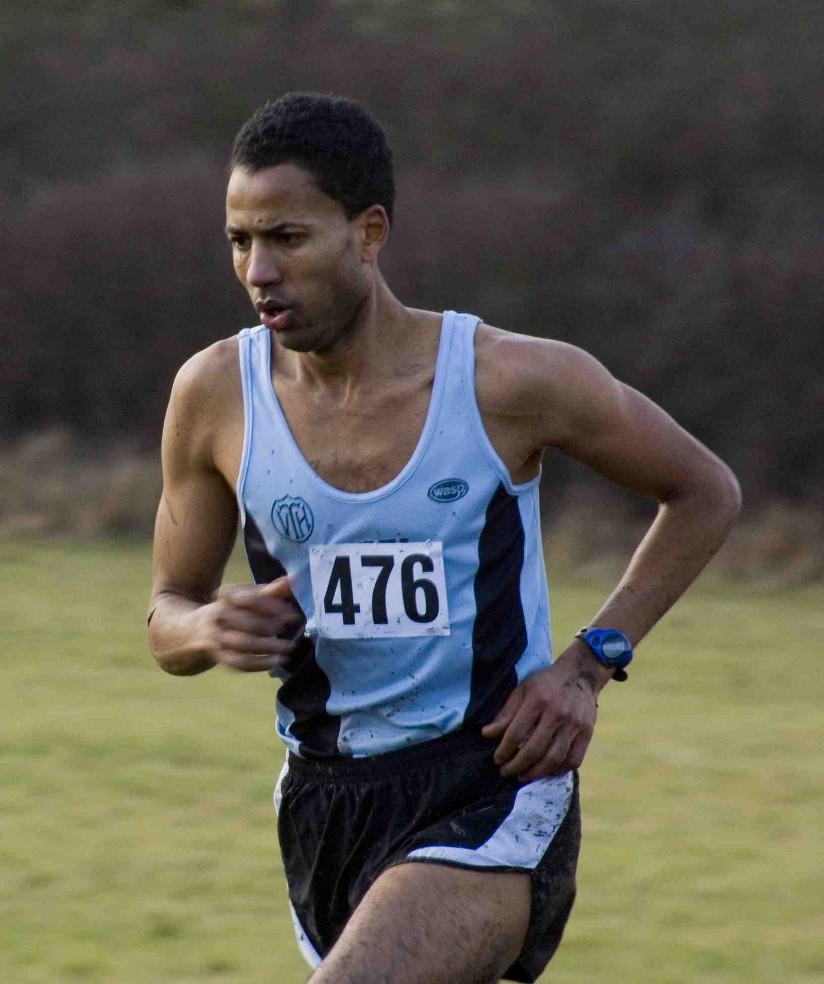 It is with the deepest regret to have to report the sad loss of Ash Khan, who passed away last Monday after suffering a heart attack at the age of 46.

Ash joined TVH in the summer of 1996 and during his 18 years with the Valley he was an active member of the club competing on the track, road and country, until injury forced him to take a break from racing over the last 3 years.

He was most at home on the track and his near perfect running form and basic speed made him a natural choice as an 800m runner, recording a personal best time of close to 2 minutes and he no doubt would have run well below 2 minutes had it not been for minor injuries along the way.

A warm, good-natured and kind-hearted personality soon made Ash a popular member of both Pat Fitzgerald’s and Paul Oppe’s middle distance training group at the track and he was always willing to take the time to speak to people and offer words of advice and tips on training and racing.

On meeting Ash he would always welcome you with a broad smile and some kind words to put you at your ease and this made him many friends at the Valley of whom you won’t hear say a bad word about him and likewise you would never hear Ash speak ill of anyone.

After joining the Valley he quickly established himself as a valuable member of Dave Wilkinson and Kevin Edmonds’ Southern League team and it was a pleasure to watch him almost float across the track as he raced over 800m with a near text book running style.

As part of the Southern League team he enjoyed much success over 800m and 1500m, as well as displaying a natural talent for the javelin with a best throw of over 40m.

He also had a keen interest in coaching and was a qualified coaching assistant having helped with a number of middle distance training sessions at the track.

Road running was another great passion for Ash and for an 800m runner he displayed an impressive range of ability from 5k and 10k races up to the half marathon and marathon.

He recorded his best 10k time in the Middlesex 10k at Victoria Park in September 2004, where his time of 35m 07s brought him home in an impressive 10th place and won him a gold medal as part of the winning team in the Middlesex Champs.

The previous year had seen him start training for the London Marathon and in April 2004 he completed the 26 mile challenge in well under 3 hours in a good time of 2h 55m 46s which placed him 760th on the day.

This run of good form was continued in the following year when he had a very good run in the Reading Half Marathon in March 2005 to finish in 45th place in a personal best time of 75m 27s.

This combination of natural speed and good endurance made him the perfect choice to be on the team for the 6 Stage and 12 Stage Road Relays, and he competed in many road relays with the best result an 11th place team finish in the Southern 12 Stage Road Relay at Milton Keynes Open University in April 2007.

Ash would have been the first to admit that he was not a keen cross country runner when he first joined the Valley, but he grew to enjoy the winter season more and more and had some of his best times over the country as a veteran athlete.

He was a valued member of the winter cross country team and competed in many Met League races, including a top 50 finish on home ground in 49th place at Wormwood Scrubs in November 2004.

In addition to this Ash was also a member of medal winning teams in the North of the Thames and the Liddiard XC Champs raced over an 8k course at Kingsbury.

Though perhaps his greatest success over the country was as a team manager, when not long after joining TVH he became part of the 3 man management team for the Met League, alongside Phil Wetton and Robert Datnow.

Between them they managed to guide the Valley men to 2 successive senior men’s Met League titles in the 1998-99 season and 1999-2000, before stepping down from team management a year later.

Off the track Ash pursued a successful career in IT and at social gatherings was the life and soul of the party, always smartly dressed he could also display some smart moves on the dance floor.

Although he loved his running his greatest love was for his family and he was a great family man, having married his long time partner Jurgita in September 2012 and raising a lovely family of 2 young daughters and a son together.

To those who knew him he will be remembered as a loving son, brother, husband and father, and a valued friend, colleague and Valley man.

Ash will be greatly missed, but he will always be a member of the Valley family.