The final two fixtures of the young athletes cross country league took place at Hampstead Heath Extension on 16th February and Wormwood Scrubs on 2nd March.  The Valley won three team trophies in the league. The Under 15 Girls;  the Under 17 Women and the overall Women/Girls award.

The Hampstead Heath Extension event made for an interesting afternoon’s racing and it was down to Reggie Rock leading the under 11 Boys / Under 13 Girls race to decide what course they would run!  The Wormwood Scrubs races were a more traditional affair.

In the opening event, the under 11 Girls race there were 33 girls taking part. Molly McCormack and Farah Ceric enjoyed being among them and were having their best results of the season. Molly was just pipped for third place and Farah ran particularly well for her seasons best in 10th place.

The under 11 Boys race did not go to plan as their second lap went off course due to lack of guidance, not that we’re blaming him but Reggie Rock was in the lead at that time and he held on to win the race by five seconds. Tommy Cogan was 25th out of the 29 finishers.

This shorter race also affected the under 13 Girls, perhaps to our advantage even though TVH won the team race by six points. Anna Kelly had a good run to finish fourth and Maya Sutaria and Thea Almqvist-Dutton came in together for seventh and eighth places.

Morris Rock was our only under 13 Boy available and after a long break he is getting back to his pre-season form. He ran steadily for 11th place out of the 29 finishers. The under 15 Girls had Lily Dafter well up in 10th place and Zenia Gordon just behind in 14th place.

In the under 15 boys race Basil Rock enjoyed moving through the field to record seventh place and Charlie Rollo had to fight all the way to finish 16th. Romodan Sherif was hampered by wearing trainers on the muddy parts of the course and finished 24th. Melina Duer in the Under 17 wonens race, although well beaten by the winner, was a very good second. Niamh Murphy finished fourth after having run to the extension from Parliament Hill.

It was a great end to season in the NW London Young Athletes League.  With the TVH club championships also being held in conjunction with the home league race there was a good turn-out in all the races.

Starting with the Under 11 Girls race, Molly McCormack (fresh from a trip to Leeds to compete in the National) had her best result of the series when she finished in second place. Close behind her, Skye Bishop also had a great race to finish fourth. With Farrah Ceric also finishing well in 9th place out of the 42 finishers the team were 2nd only two points behind Highgate.

Reggie Rock again had a great run to finish second and won the overall title in the under 11 Boys category. Behind him Louis Moore, 14th and Wilf Howard-Vyse, 19th also did well. With Ollie Seraj finishing 24th out of 47 finishers and the team finished 2nd out of 13 clubs.

The under 13 TVH Girls had a tremendous team out for their race. Led home by Anna Kelly in sixth place the surprise was the return to her best form was second girl home, Sasha Mueller in seventh place. After a pep talk, she responded to take the silver medal in the club championships. Charlotte Edge was disappointed with her run but she still did well to finish 11th. along with Thea Almqvist-Dutton who was given the same time in 12th place. Next Valley girl home was Maya Sutaria in 19th followed by Sofia Cappella in 26th  who is looking forward to the track season when she can return to 800m races. Skyla Robertson who will still be in this age group next season along with Anna, finished in 28th position. Emma Hooley was having her only race of the season, finished 48th. Their great performance won the under 13 cup by one point from Cookham.

Another best came from Max Bishop in the under 13 Boys race. Easily his best race of the season was after playing football in the morning. His second place was achieved with the prospect of a gold medal in the club championships. Morris Rock also performed well as he had missed most of the season with an injury to finish 14th . It was nice to award Dylan Bilboul with a bronze medal, finishing 25th.

The under 15 Girls saw Jasmine Palmer destroying the opposition with her only appearance in this league. She was awarded the club cup for the outstanding performances this season in her first year with TVH. Second place went to Lily Dafter who has been present at most of our fixtures this season finished 10th. She just beat Olivia Colegrave who is improving every time. Aramay Robertson , 14th ran well to be in front of Zenia Gordon, 18th, who has been ever present at all the fixtures this season.

Under 15 Boys – another first-timer in the NWL events, Louis Hodge, enjoyed the shorter distance and was always well placed at the front of the field and finished third. Basil Rock also ran well for his 11th place. Finishing 22nd Aidan Ferrand again had a good race and just held off Joe Nixon who was 23rd. Two newcomers had interesting debuts, Nicholas Goss was 26th and Duncan Strachan was 34th  In between them Romadan Sherif had another steady run to finish 32nd.

We are lucky to have under 17 Women who are always willing to race. Not always, but usually, Melina Duer, third, beats Niamh Murphy sixth, but Niamh has had better races. Then there is Capucine Rousset who is always there as back-up having a very good run just behind them to finish eighth.

In the under 17 Mens race we are sadly lacking a team. But this time, for the club championships, Will Palmer and Shami Umashankar took part. Will was seventh and a rusty Shami was ninth.

The Road Race series is heading for the finish with the last three races over the coming three weekends. The current standings […]

The South of England Cross Country Relays were once again held at a very cold Wormwood Scrubs. Our best result came in […] 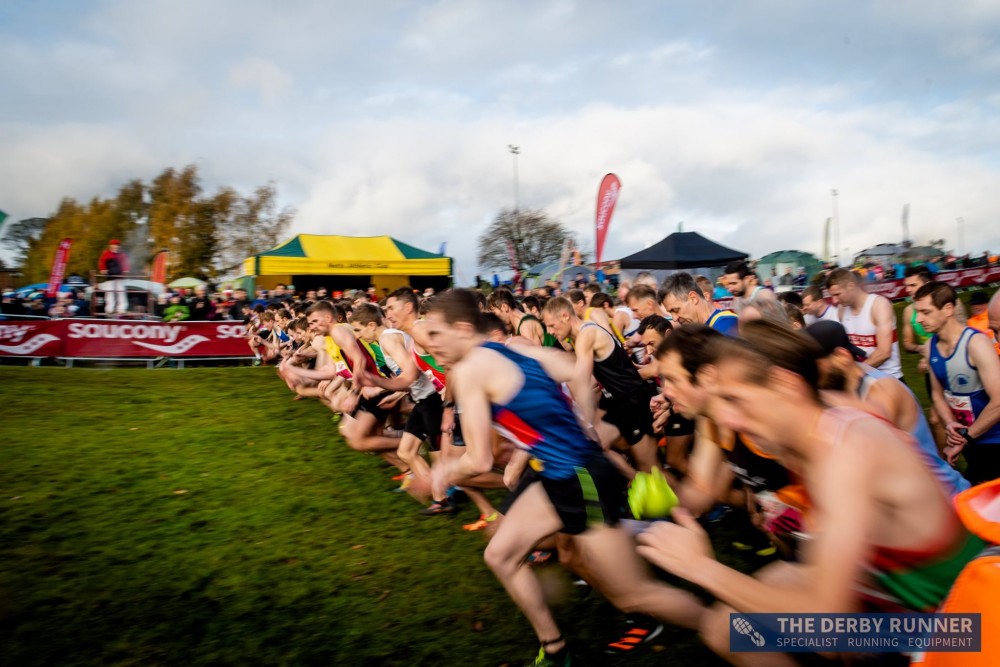 Saturday 2nd November 2019, Berryhill Park, Mansfield It was a cold and wet day in Mansfield as our junior women took on […]