As the new year begins it signals the traditional start in the calendar for the Middlesex County Cross Country Championships, which took place at Wormwood Scrubs on Saturday.

Once again the TVH men and women were successful in their quest for county medals, with gold, silver and bronze medals won between both teams.

In the U20 men’s race Toby Clyde successfully defended his Middlesex title to win an individual gold medal, while support from Robert Vallance and Louis Marriott enabled the team to finish 3rd and win bronze team medals.

Chris Smith then completed the full set of medals with a 3rd place finish to win an individual bronze medal in the senior men’s race.

Many congratulations to all the Valley medal winners and thanks to all those who raced on the day, with a good turnout from both the women’s and men’s teams of 10 ladies and 16 men.

Having moved to Alexandra Palace last year, this year’s race returned to Wormwood Scrubs and a special thanks to all the Valley race organisers and helpers on the day who did an excellent job of hosting this year’s championships.

After heavy rainfall throughout last year’s championships it thankfully stayed dry on Saturday, with only a moderate wind and above average temperatures for January, while the rain earlier in the week ensured that there were some muddy patches on the course conditions were nowhere near as bad as last year.

The men’s race was over a 12k course and made up of 3 large laps around the Scrubs grassland, while the ladies 8k race was over 2 large laps, with each lap mostly flat and firm underfoot, the parts of the course that had succumbed to the mud created both heavy going and slippery sections on the course, meaning that racing spikes or good trail shoes were a necessity.

The senior ladies started with a 10-strong team for the Middlesex XC championships on the Wormwood scrubs where a tough 8km course was hosted and supported by the volunteers at TVH.

Overall the ladies team won silver medals for their brilliant efforts. Well done to all runners.

First to return home for TVH was Tracy Barlow, not far behind the winner of the race she also secured herself a silver individual medal. Lisa Da Silva, returning from injury, was the second TVH athlete in 4th place overall and Victoria Carter in 6th. Siana Jones was next to score finishing in 31st place.

Tri-athletes Lauren Morris (42nd), returning from a biking injury, and Jess Bass (51st), carrying a recent knee injury, came home next. It was a welcome return to XC for Andrea Broughton in 55th place. Barbara Maddison, despite suffering from a cold and losing her running partner (Christine) to a nasty cramp at the half-way point, managed to finish 67th. Frankie Lynch, who has shown immense dedication to the XC team this season, finished 75th in her longest ever distance in XC conditions.

The under 20 ladies also did some excellent running earlier in the day alongside the under 17s race (5km). Well done to Alex Mundell, running in her new TVH vest (4th, 21:09) and Eve Goodhart, racing her first cross country race of the season, coming home in 8th, 24:17. Looking forward to more racing from these ladies with the senior team.

Both races were very well supported, many thanks to the folk who volunteered to help on the day.

This year’s race was very well supported by the Valley senior men, with a 16 man team that included 2 running their first race in a Valley vest and 8 making their debut in the Middlesex Champs.

At the start of the senior men’s race it was experienced Valley man Chris Smith who quickly established himself at the front of the field, joining a group of 3 athletes who broke away from the field Chris found himself in 3rd place after the first lap.

Despite the lead changing hands over the remaining 2 laps, Chris remained clear in 3rd place to come home to win a bronze medal in a time of 40m 02s, just 16s away from the race winner.

With a distinguished record in the Middlesex Champs Chris has a complete set of gold, silver and bronze Middlesex individual and team medals, with Saturday’s bronze medal adding to a growing collection it is testament to all his achievements over the years, well done Chris!

Andrew Mitchell started the new year with an excellent race, as despite feeling under the weather he finished in 26th place in 43m 36s, his highest finish in the Middlesex Champs and a continuation of his good form from 2015.

3rd man home James Ellis was looking forward to making his Middlesex debut on Saturday, but a cold prior to race day meant he had to dig deep to finish in 37th place in a time of 45m 25s, a good performance in the circumstances though he will be aiming for a higher placing next time around.

Another Valley man making his Middlesex debut was Alex Warnakulasuriya, feeling a little race rusty after the Christmas holidays he finished in 57th place in 47m 19s, a position which he will look to improve upon in future races.

Despite carrying an injury Manuel Da Silva is never far away from the action and he was in close competition with David Franks as they ran together for most of the race.

With David feeling more at home on the road than the country, it was Manuel who got the upper hand at the finish, coming home in 79th place in 49m 50s, just a second ahead of David in 80th place.

Steve Norris completed the scoring for the Valley team with another hard-working performance to finish in 94th place in a time of 51m 12s, to bring the team home in 7th place overall in the race.

Just missing out on a top 100 finish Paul Woodgate enjoyed his best ever finish in the Middlesex Champs in 105th place in 52m 33s, an impressive 42 places higher than last year’s race and a good reward for all his hard work in training.

On both his Valley and Middlesex debut James Malcolm did well to finish in 117th place in a time of 53m 31s, showing that the transition from the 5k Park Run to the longer 12k Middlesex Champs is well within his abilities.

Having had to sit out last year’s race Scott Brewer was more than ready to make his Middlesex debut on Saturday and he performed well to come home in 120th place in 53m 43s, especially considering his training has been focused towards the track and 800m.

Another 800m man and the 2nd man to make both his Valley and Middlesex debut, Manuel Martius, may have found the 12k distance longer than he is used to but he maintained a decent pace to finish in 126th place in a time of 54m 45s.

Peter Keane was set for a good race on his Middlesex debut and his finish in 130th place in 55m 10s was a good showing on his first race over the longer 12k distance.

With plenty of experience in the Middlesex Champs Richard Bell knew what to expect from a muddy Wormwood Scrubs as he paced himself home in 133rd place in a time of 55m 29s.

Yet another Valley man making his Middlesex debut, David Ford, showed no signs of being upset by the longer 12k distance as he ran a well judged race to finish in 137th place in 56m 23s.

Will Paynter was also stepping up to the longer distance and gave a good account on his Middlesex debut to come home in 173rd place in a time of 68m 06s.

Completing the Valley senior men’s team on the day was Valley veteran Simon Maddison, who was in close contention with 2 or 3 surrounding athletes throughout the race, which resulted in a finishing time of 73m 06s and 177th place out of a total of 179 finishers.

A special mention must also go to junior U20 athlete Artur Domingos, who having missed the start of the U20 men’s race decided to guest in the senior men’s race, but found the 12k distance to be just too far and had to withdraw after a couple of laps.

Last year’s Middlesex Champs had seen the Valley’s junior U20 men’s team win both individual and team gold and the same team of Toby Clyde, Robert Vallance and Louis Marriott, along with the addition of Joe Cooper, returned to defend their 2 titles.

In a larger field of 23 junior men compared to last year’s race of 17, this year’s 2 lap 8k race was once again dominated by Toby Clyde with an excellent performance which saw him successfully defend his individual Middlesex title, as he won the race by an impressive margin of 19 seconds.

Many congratulations to Toby on a 2nd Middlesex title, and with another year to go in the same age group there is always the chance of a hat-trick of Middlesex titles next year!

In his final year as an U20 athlete a good run from Robert Vallance improved on his 8th place from last year’s race to finish in 6th place in a time of 28m 39s.

With 3 to score for the junior men’s team the honour of 3rd and final scorer for the team once again went to Louis Marriott, whose 20th place in 35m 20s was enough to earn the Valley team bronze medals this year.

Well done to all the team on another medal winning performance, and it bodes well for when they move up to the senior race.

Just missing out on a team medal Joe Cooper was the 4th and final Valley scorer in 23rd place in a time of 37m 12s, though only in his first year as an U20 athlete he has plenty of opportunities to win medals in the future.

After another successful start to the new year we can now look ahead to the next cross country championships on the calendar, the South of England Champs at Parliament Hill on Saturday January 30.

With the team in good spirits and the chance of more success, let’s make 2016 a year to remember!

Simon Maddison reports: There must be something about the final race of the Calendar year that brings the Men out in strength, […] 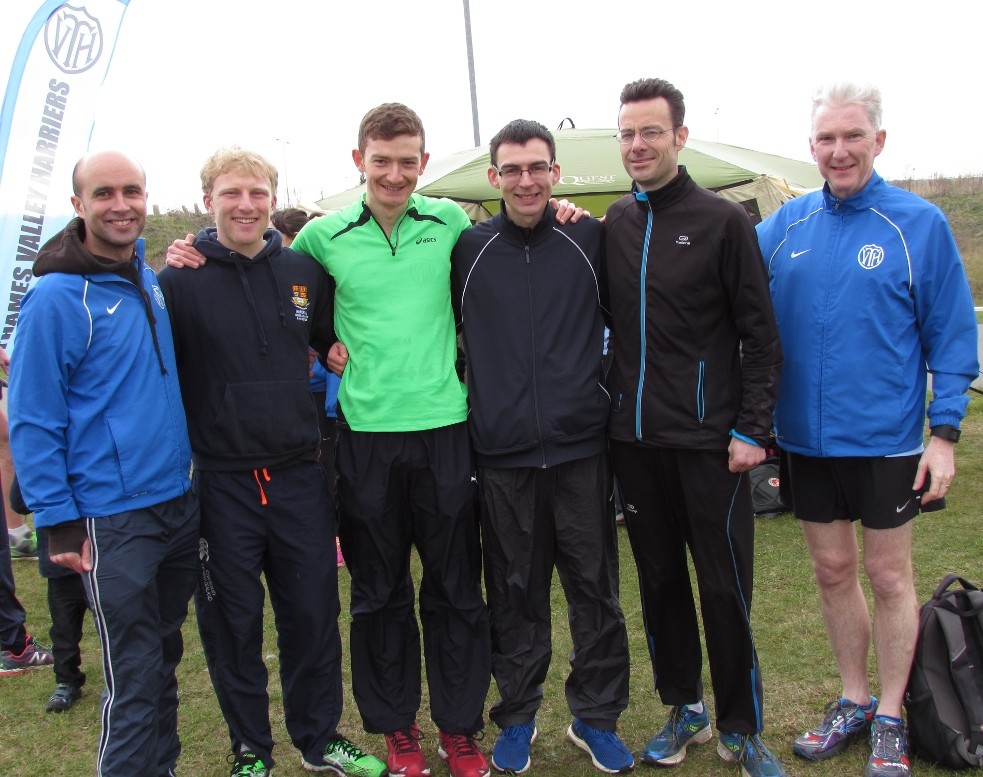 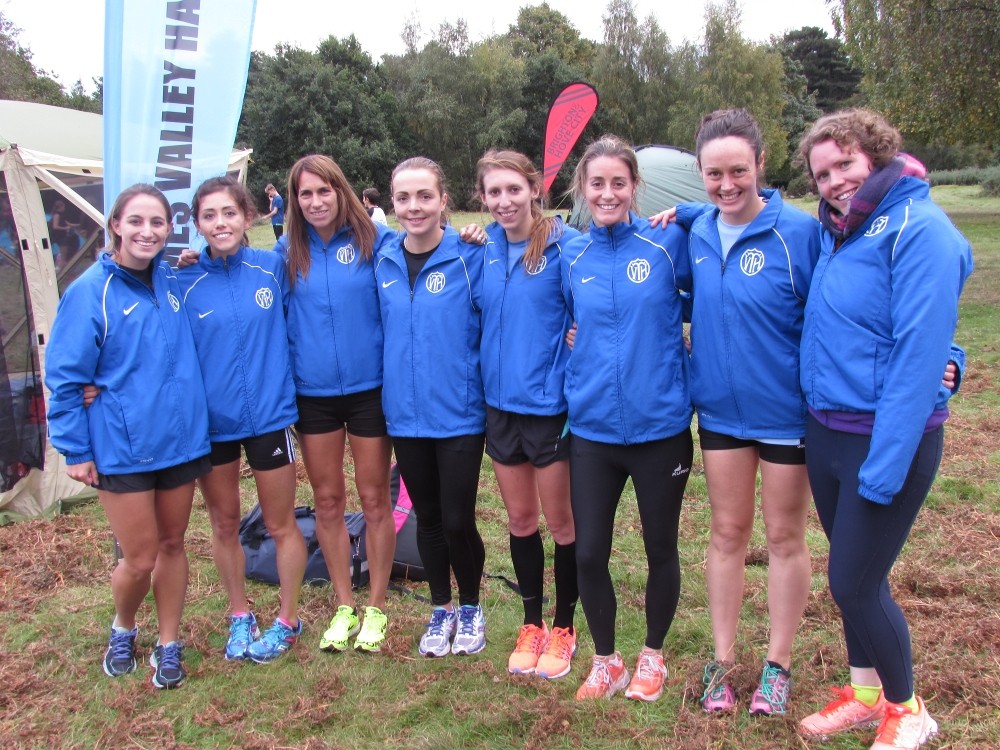 Runners flocked to Sutton Park for the National Road relays once again! Over the hill and around the bend, the women shone […]

Parliament Hill Fields was back to its testing best for the South of England Championships; cold, windy, muddy and (of course) hilly, […]