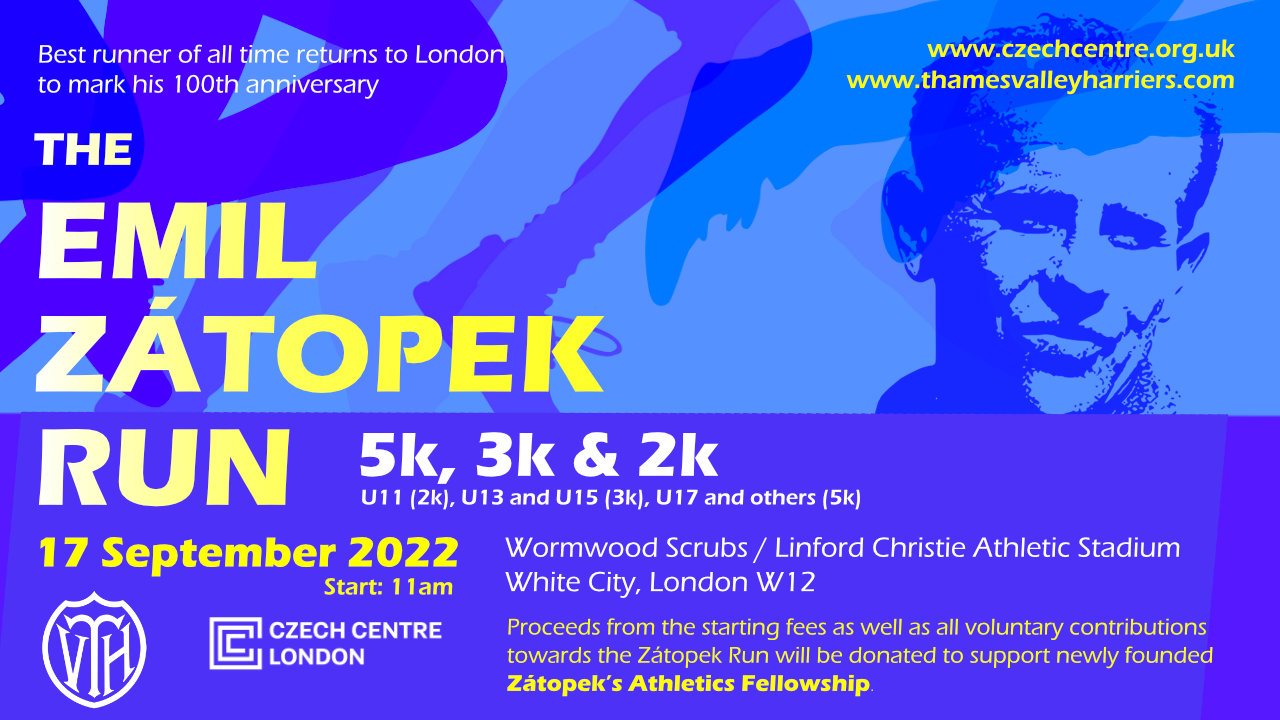 The Czech Centre and Thames Valley Harriers have teamed up to celebrate Zátopek’s centennial anniversary by organising The Emil Zátopek Run to raise funds for Zátopek’s Athletic Fellowship for promising young athletes in the local community.

The Czech runner Emil Zátopek earned world reknown for his many athletic achievements and records, including his first two Olympic medals from London in 1948 and his brilliant Olympic gold hat-trick on all long distance runs and the marathon in Helsinki in 1952, which is yet to be exceeded. Besides his athletic accomplishments, Zátopek also received international acclaim for his vocal public condemnation of the 1968 Russian invasion of Czechoslovakia which led to his denouncement by the communist government and a controlled detention in countryside away from his Prague home. His moral stance in face of a military aggression sadly remains extremely relevant more than half a century later.

The aim of the Zátopek’s Fellowship is to support and ignite the sporting and personal attributes that Zátopek represented in young, talented athletes that strive to follow in his footsteps and will further contribute to advance their athletic careers.

Proceeds from the starting fees as well as all voluntary contributions towards the Zátopek Run will be donated to support the Fellowships.

After the Run there will be a medal ceremony to award the winners and an informal gathering at Linford Christie Stadium to celebrate Zátopek’s anniversary with music and refreshments.

Entries are now open on Entry4Sports